In Minirig HQ the Numark Mixtrack Pro has become the go to digital DJ interface. 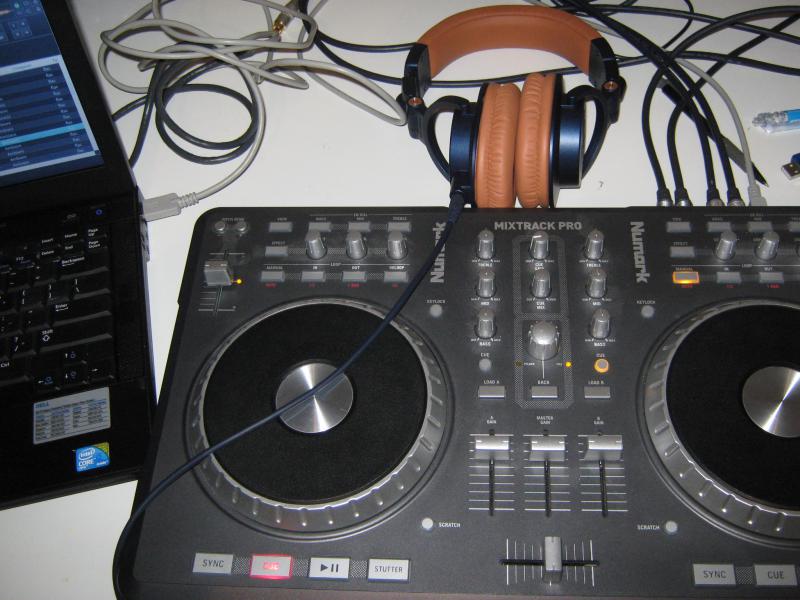 I last tried MIXXX a few years ago with a Atom based netbook and it was a bit underpowered for the task. Now with a second hand i5 based laptop the current version of MIXXX is very stable and gets great latency with the Mixtrack Pro.

Of course we had to open it up and take a look inside – well, I needed to fix a slightly noisy crossfader with some contact cleaner so needed to open it up anyway, but it was a good opportunity to check inside to see what makes the Mixtrack Pro tick: 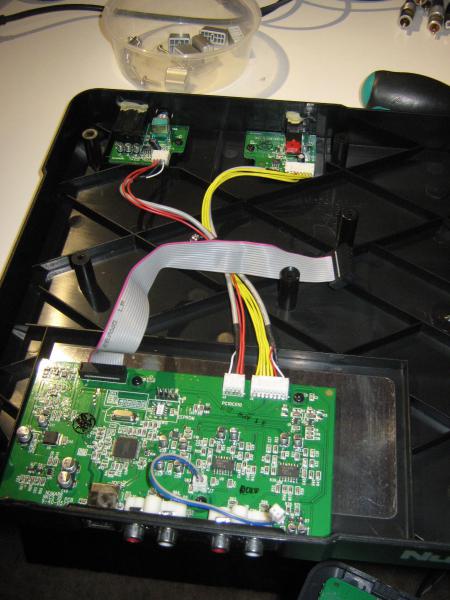 Looking close at what I think are the DAC chips: 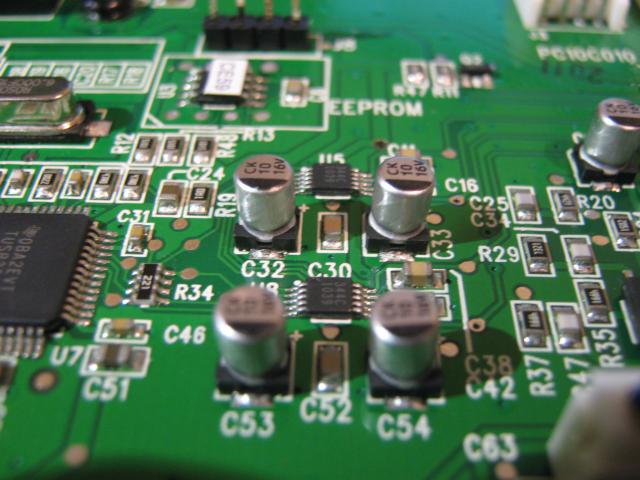 Doing some measurements using Room EQ Wizard with a combined system of the tape input on a Xenyx 1204FX mixer, a MIC2496 balanced A-.D converter, and the Mixtrack pro I got a very reasonable THD of 0.007% at 1Khz – and its interesting the unit only has response up to 19kz – though given its intended use of DJing that’s not the end of the world: 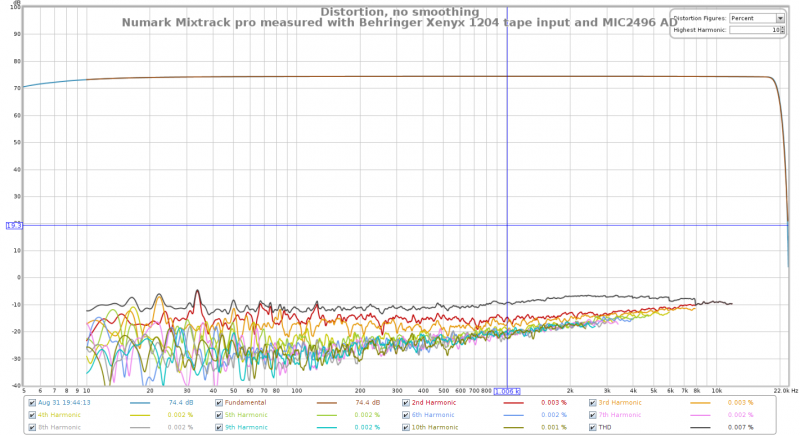 One thought on “Numark Mixtrack Pro – great with Linux and MIXXX”