Recently bought a Mackie Onyx 1620 off of Ebay “for repair or parts only”. It’s been keeping me occupied! 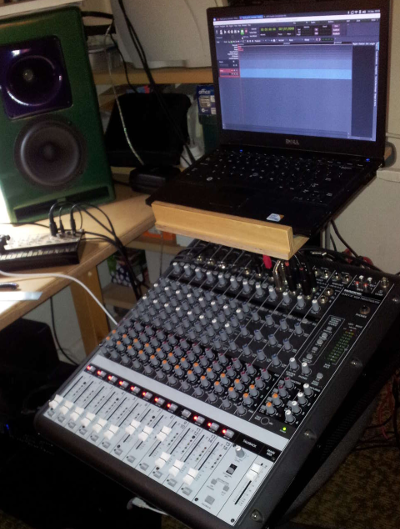 Now that it was working well, time to move onto some more interesting aspects of the Mackie Onyx 1620. I had heard that the original Mackie Onyx Firewire Cards had Linux support and was itching to test this out, especially seeing an old Dell Latitude E4300 laptop I have has a firewire port. The laptop had a fairly decent spec. Core2Duo 2.4ghz CPU, 3GB ram and a 60GB SSD drive, I installed it with 64bit Ubuntu Studio 14.04LTS and plugged the firewire card in. After a little bit of playing around in Jack Audio Connection Kit the channels appeared in the software! After the intial amazement at it working trying to actually record something into Ardour was proving troublesome, with individual channels coming in at different gain levels, and some barely working.

Pulling the firewire card out and unsoldering the metal lid to reveal the contents, I discovered the problem. The capacitors looked like they had been baked in an oven! 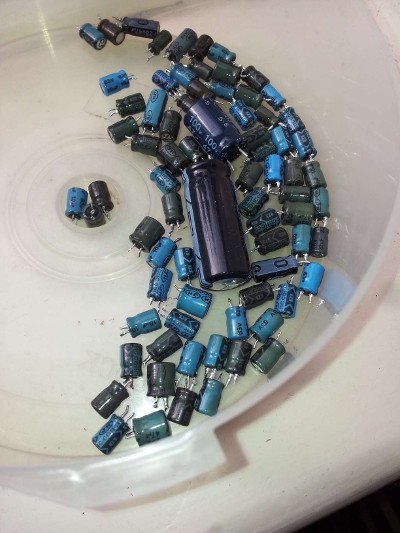 It took me nearly a day of painstakingly removing the caps one-by-one with a soldering iron and a solder sucker and replacing them, over 60-70 in total. Once it was back together though it worked perfectly. There was also a mod that I did to get all the channel faders and EQ’s working (wet) with the firewire.

Next up I wasn’t happy with one of the stereo channel sliders as it was sticking whilst fading, a closer inspection showed that the wiper shaft had partly broken. I managed to find a replacement on Ebay but the taper was different so I ended up having to take the wiper shaft out of the new fader and fix the old fader with it. This worked perfectly though. There are some more photos here.

Last thing was to make up a stand on wheels out of an old office chair. A friend kindly welded up a bracket so I could make a shelf for the laptop to sit on.